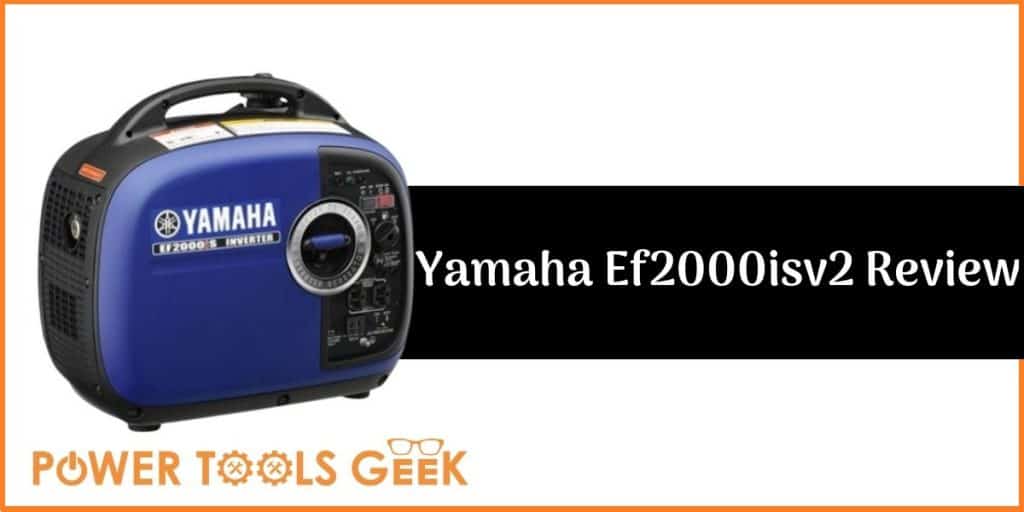 Yamaha is a household name and a trusted manufacturer in the manufacturing domain. When it comes to generators, Yamaha is famed for developing unit packed with revolutionary technology, exhibiting high-power and performance and with superior reliability.

One such generator is the Yamaha EF2000Isv2.

However, despite it's brand popularity, does the Yamaha Ef2000isv2 lives up to its name? Is it worth it?

Features and Benefits of the Yamaha Ef2000isv2 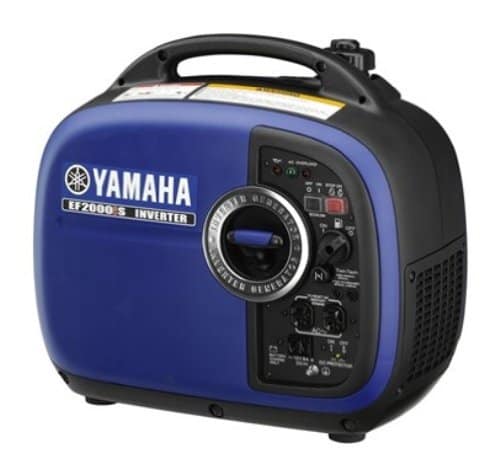 You can never fail to notice the Yamaha Ef2000isv2; sporting a retro-cool and cobalt blue shell, the signature look of Yamaha's EF series, this model has some new and improved features.

When compared to its main competitor, the Honda EU2200i, the sleek design of the Yamaha, in my opinion, look way much better. Honda is often criticized for having pale and ugly looks.

Contrary to Honda, this Yamaha unit is a candy to the eye, and most importantly, will deliver its task.

Better yet, the manufacturer offers the unit in a camouflage pattern, making the unit an ideal choice for hunters as well as campers.

Solidly build and lightweight, this generator is durable and one that you can proudly use to power your energy needs.

There is no need for having the cutest inverter generator if it cannot satisfy your energy needs.

Fortunately, the Yamaha Ef2000isv2 is christened the “beauty beast” and it’s for a reason.

This generator boasts of generating 1,6000 watts of continuous power output, with a surge output of 2,000 watts.

While this output is not a ton by any means, but it’s more than enough to supply a wide variety of essential appliances in your home during a power outage, your RV, campsite or even your power tools in your job site.

According to users, this unit allowed them to comfortably power their TVs, microwaves, refrigerators, microwave, lighting system to sump pumps.

In a nutshell, there is more you can power and do with such an output provided by the Yamaha.

The Yamaha is an inverter generator and the benefit of this feature is that it makes it capable for the unit to power your sensitive electronics.

See, conventional generators produce DC, which is not palatable to most of the sensitive electronics.

The Yamaha EF2000Isv2, on the other hand, is built with a Pulse Width Modification (PWM) control, an advanced circuitry that forces the AC output into a pure sine wave. This makes the output ideal for use for any appliance with a microprocessor such as smartphones and laptops.

Like most of the inverter generators, the Yamaha EF2000Isv2 offers the distinct advantage of the parallel capability.

Remember we mentioned that this unit could provide you with an output of 1,600 running watts? Now, in case you need more than the said output, you can effectively double your output, thanks to the parallel capability feature.

The parallel capability is a feature that will allow you to connect another EF2000Isv2 unit, and this way, you’ll get a total output of two units under a single source.

However, the parallel connection kit is sold separately, though it’s not an expensive addition, considering the benefit you get from it.

The major separating feature between Yamaha and its rivals is fuel efficiency.

Yamaha EF2000Isv2 is touted as a fuel-efficient generator and is famed for its incredible runtime.

The Yamaha unit is rated to provide you with a whopping 10.5 hours on a ¼ load. So far, this is the largest runtime we have come across, and the Yamaha will keep your running close to daylight to dusk.

Few other generators within its class can offer such an extended runtime, and this is beneficial, especially when you want to get power in your event throughout the day or power your house throughout the night.

There're two reasons why the Yamaha offers such an incredible runtime. For starters, it can be attributed to the generous 1.1-gallon fuel tank. However, this is not the main factor since the volume here is on the lower side of the scale.

If you closely examine the Yamaha EF2000Isv2, you will realize it has an “S” in its name. The S here stands for smart, or rather, the unit is a smart product.

Being a smart product, the Yamaha features a smart throttle, a feature that optimizes on the performance of the engine. This feature will sense the power load getting drawn from the engine, and adjust the unit’s RPM accordingly to match the load.

The result of this feature is that the engine will only work as hard as it draws fuel, and it will at all times match the power to the load.

Besides optimizing on fuel efficiency, another crucial benefit of the smart throttle feature is that it regulates the noise levels depending on the load or instead what power you are drawing.

When working on low output, the Yamaha will generate a mere 51.5 decibels of noise. Such a noise rating means you can comfortably have a candid conversation without having to shout.

At the higher output, this unit will generate 61 decibels, which is still to me relatively quiet and will in most cases, fade into the background if you are using it in an outdoor setting.

Alongside the smart throttle feature, Yamaha has gone ahead to fit this inverter with advanced mufflers. The mufflers will not only dampen the sound generated but also prevent the noise from escaping the unit’s frame.

While you might get a wary for the absence of an electric button, no need to do so as the recoil starter will routinely catch the motor within the first one or two pulls and with minimal force.

The ease of use is further compound by the presence of a centralized control panel, meaning you’ll never go to look for a hidden switch.

The only tangible drawback with this inverter is that it has limited receptacles; 2 AC outlets and a single DC outlet.

Though the unit is inclusive of cable connection wires, absence of a USB port, further compound the outlets' woes.

Nonetheless, the Yamaha EF2000Isv2 is a great inverter generator to lighten up your household.

Easy to use, convenient and with reliable power output, you can never get such a generator for such a price.