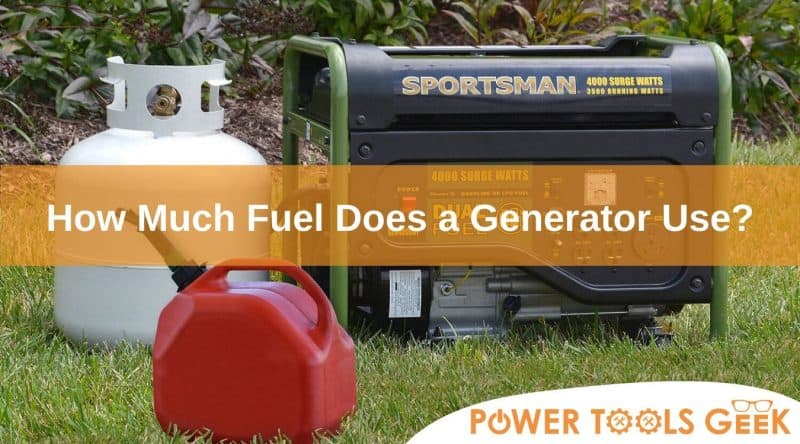 One of the major cost considerations with any power equipment is fuel usage.

Users want to know how much it will take or rather cost to keep their generators running. And this brings us to the question, “how much fuel does a generator use?”

Well, there's is no straight answer to this question because it depends.

See, to run a generator, there’re plenty of factors involved, and it would be challenging to give you a unified answer on the consumption rate of generators.

Similar to the automotive engines, the consumption of generators greatly varies and is influenced by several factors.

In the section below, we shall first look at some of these factors, and later see how much fuel is needed in a generator. 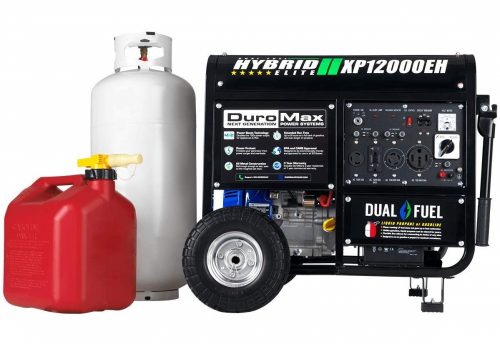 The basic laws of physics assert that if you want more, you need to put more in.

Typically, the more load you exert on your generator, the harder it works, and this translates to more power consumption.

This is the same as driving a car loaded with people and more gear.

For instance, it's generally assumed that a generator running says a refrigerator, washing machine and oven will generally consume more fuel that one running the television alone.

Seemingly, this makes sense, but the load is not always proportional to fuel consumption.  Though we might like to simplify the generator consumption, there's no such a linear relationship.

For starters, even with zero power draw and the generator will still consume fuel, provided it’s running.

Our second reason takes us to the type of generator.

The generator domain is highly diverse, as it has plenty of different units.

These units vary significantly in size, operation, and even type.

Besides the quality of output produced, a major difference between these classes of generators is fuel efficiency.

This is because inverter generators optimize fuel consumption by adjusting their consumption depending on the load.

So, having these two generators and keeping things equal, conventional generators will consume more than the inverter generators.

Generators are powered by different fuels, with the most popular being propane, diesel, and natural gas.

Generally, diesel is more viscous than the other fuels, and it burns slowly, so, technically more fuel-efficient.

The final fuel consumption metric we shall look on today is the fuel rating.

Yes, each manufacturer has their equipment rated for fuel consumption.

This is probably the most influential metric that determines how much a generator consumes.

It’s crucial to consider a generator’s fuel consumption as it determines how many hours a generator will run before exhausting its fuel tank.

For instance, assume you purchase a generator that indicates it can run for 12 hours on full tanks (4 gallons) of gas at 50% load.

What it means is that your generator can use 1 gallon of fuel to run for 3 hours at 50% load.

The good thing is, you can check on the fuel consumption of your generator on the specification sheet.

It's evident that determining the fuel consumption of a generator is challenging, at the very least.

Though the manufacturers will go ahead to list or claim certain figures of fuel consumption, you can’t always be certain of the claims because the numbers depend on how you use your generator.

Plus, there’re a host of other external factors that will ultimately influence your generator consumption.

Generally, the more power you need, the more fuel your generator will consume.

If you’re a DIYer like I am and committed to determining the consumption rate of your generator, you can easily determine the fuel consumption.

Here’s how to do it:

The amount used to top off the tank should determine how much your generator consumes per hour.

It might be a bit crude, but it will give you a general idea.

*When topping up the fuel, ensure that the generator is shut and is cool.