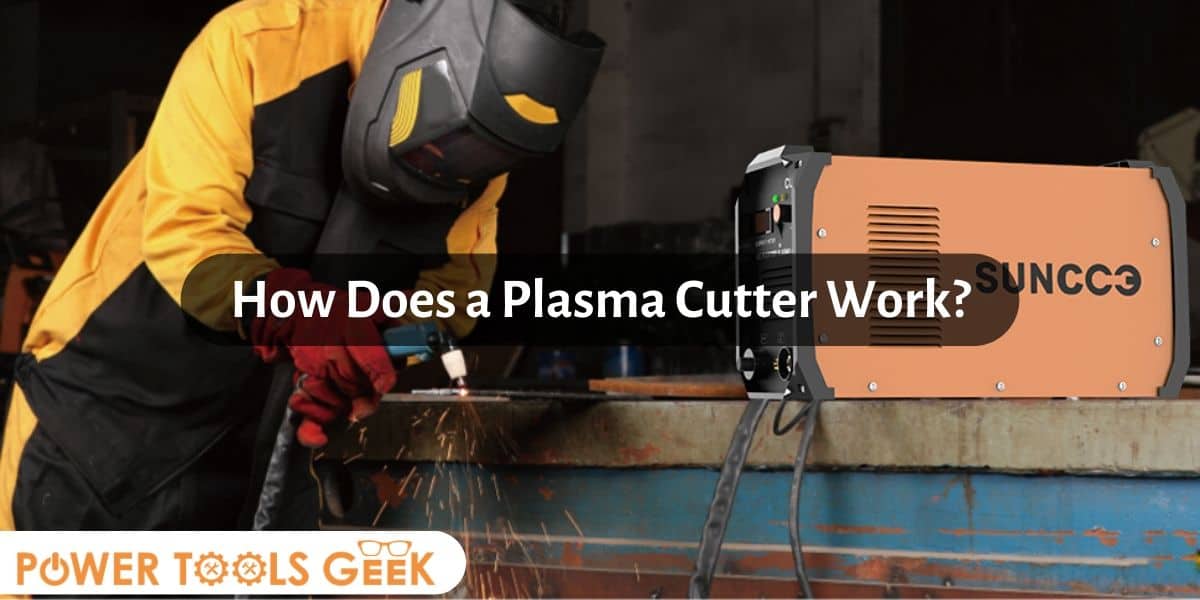 How Does a Plasma Cutter Work?

Plasma cutters are now a staple of the industry, and they're used largely in custom auto shops, fabrication, industrial construction, and even locksmith.

This leads us to the question "what is plasma cutting?" and "how does it work?"

Plasma cutting is defined as a welding process that cuts electrically charged materials such as metals, through a pressurized jet of hot plasma.

Typically, plasma cutters can cut a variety of materials, including steel, stainless steel, brass, copper, aluminum, and other conductive material.

The high speed and precision of plasma cutters alongside the low cost have seen a plasma cutter increase in widespread usage from large scale CNC applications to small hobbyist shops.

The above is a simple definition of plasma cutting; to get a better understanding o how this process works, we need to begin by answering the basic question," What is plasma?"

We are all familiar with the three states of matter; solid, liquid, and gas.

However, when you boost gas to extremely high temperatures, it changes into steam or rather gas.

Now, when the heat levels are boosted once again, the gases making up the steam break up into individual molecules, and become ionized, thus electrically conductive. This ionized state is known as plasma.

More often than not, the plasma arc formation will start when gases such as oxygen, argon, nitrogen, and shop gases are forced through a constricted opening and, in our case, through a small nozzle opening inside the torch.

The arc generated is then introduced to the pressurized gas flow or rather plasma jet, and when the jet gets into contact with the electric arc, its energy is boosted, and it can heat up to temperatures of 40,000 degrees Fahrenheit, and this allows it to pierce through any workpiece.

At the very basic, a plasma cutter works by channeling pressurized gases through a small channel with a negatively charged electrode.

When power is applied to the negative electrode, it creates an electrical channel, comprising o superheated, and electrically ionized gas known as plasma.

When this ionized gas, through the tip of the nozzle touches the metal, the connection creates a complete electric circuit. 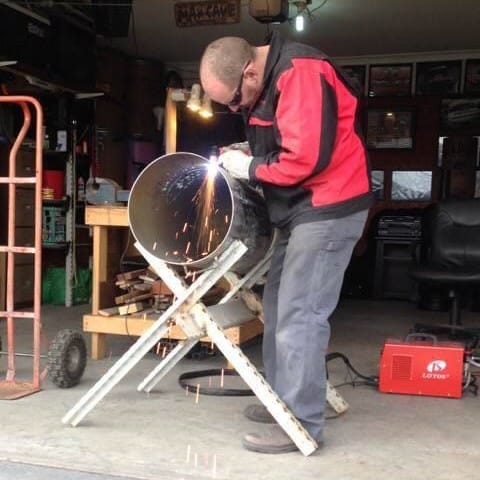 What Can Plasma Cut?

Plasma cutting is a versatile and effective means of cutting a variety of metals, including the thin and thick metals.

One thing we like about plasma cutting is that it generates extremely hot and localized “cone” to cut with, and this is quite handy in working on sheet metal out of position and those in angled or curved shapes.

A plasma cutter is basically comprised of three parts; however, there’re more parts than these, but these three are the essential components for cutting.

Power Supply: Power supply converts the unstable AC to stable and smooth DC voltage that can range anywhere from 200 to 400 VDS.

The power supply also plays a crucial role in regulating the current output, basing the output on the material thickness and type.

Arc Starting Console: Also known as ASC, it generates AC voltage of roughly 5,000 VAC at 2 MHZ, and it's this voltage that is responsible for generating the spark inside the plasma torch to create the plasma arc.

Plasma Torch: The plasma torch aligns and cools the consumables. The major consumables include the electrode, swirl ring, and nozzle, and they're responsible for the plasma arc generation.

To improve the cut quality, some of the plasma cutters may also include an additional shielding cap.

The vast majority of the plasma cutter's operation is classified into two; hand-held operation and precision plasma operation.

Most of the handheld plasma systems usually have the electrode and the nozzle consumable part in contact inside the torch when it's switched off.

Contrary to the handheld operation, the precision plasma operation has the electrode and the nozzle separate. Instead, both of these components are isolated with a swirl ring that helps to transform the plasma gas into a swirling vortex.

Unlike previously, when these machines were quite expensive and only found in professional welding shops, modern plasma torches are inexpensive and do not sacrifice on the performance.

While the older units might be heavier, the modern-day welders, especially those fitted with inverter technology, are lighter, portable, and yet with an equal or even exceeding the performance capacities of the older plasma cutters.

How to Build a Welding Table? – The DIY Guide

How Do I Use a Plasma Cutter? – [Complete Beginner’s Guide]