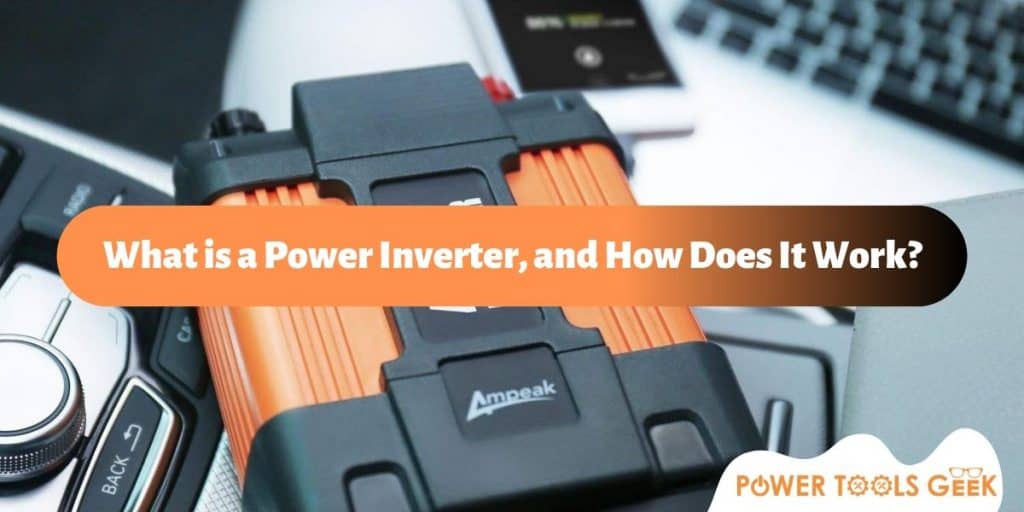 What is a Power Inverter, and How Does It Work?

Everyone uses some kind of electronic gadget on their motor vehicle, semi-truck, SUV, RV, or car. Most of these electronics have one thing in common: they are powered through a cigarette lighter.

While that is quite convenient, what about if you plan to power something more elaborate? For instance, make a toast on your semi truck, or charge your laptop on your car?

This can be quite problematic since the latter devices are only powered through an AC plug, rather than the "convenient" cigarette lighter. 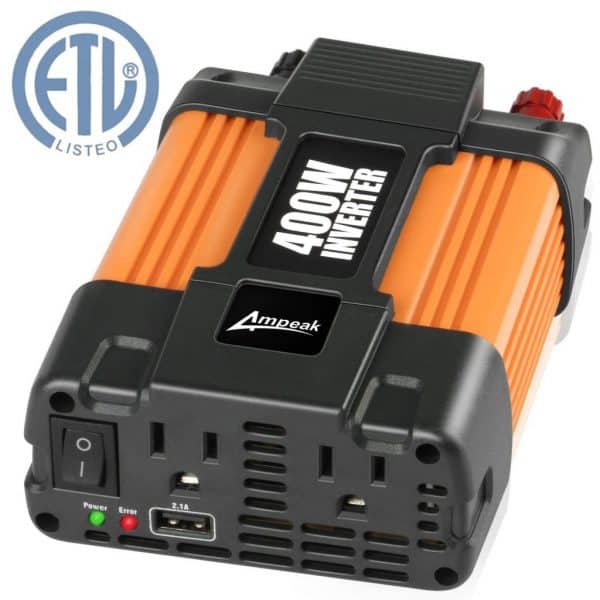 A power inverter is an electrical gadget that converts AC power to DC power.

AC power is the energy that is supplied to your home by the conventional power grid, and it’s used to power all your household electronics.

In most cases, power inverters are usually connected to a 12V battery or multiple 12V batteries connected in parallel from which it draws power.

However, it's worth mentioning that inverters are not restricted to 12V batteries only, but can also be supplied from 6 V, 24 V, and 48 V batteries.

Don’t get me wrong, having an inverter does not mean that you can now use your car battery to charge you refrigerator or 15,000 BTU air conditioner, but it will allow you to power most of your light to moderate household appliances.

With an inverter, you can easily power your TV, microwave, blender, coffee-maker, and even some power tools.

How Do Inverters Work?

By rapidly switching the polarity of the DC power source, these power inverters, are comparable to oscillators, which generate a square wave.

And given that most of the electrical appliances will use something close to a true sine wave, these inverters usually convert the square wave into either modified sine wave or pure sine wave.

Speaking of modified and pure sine wave, this brings us to the two classifications of power inverters.

As the name suggests, the modified sine wave generated a "modified" version of the sine wave, which is perfectly fine for most of the appliances and so, these inverters work well with different applications.

Due to their modified output, they tend to be relatively affordable and are quite less powerful.

The pure sine wave inverters are the holy grail of power inverters. These power inverters generate a wave that is comparable to what you get from the power outlets in your household.

Unlike the modified sine inverters, the pure sine wave inverters are a popular choice as they work with virtually all appliances. In a nutshell, these inverters are compatible with anything you plug in.

However, given all the incredible traits, expect to dig deeper into your pocket.

Beyond the type of output, power inverters are also classified according to their size. By size here, we mean the voltage.

Generally, most of the power inverters fall between 300 to 5000 watts.

The 3000W power inverters are usually considered as the happy medium between inverter sizes and the best value inverter. The 3000 unit strike a balance between cost and functionality.

Where Can I Use an Inverter?

Owing to their flexibility, power inverters can be used or a plethora of tasks and for powering a variety of appliances.

Whether you are planning to power laser printers, lab equipment, entertainment unit, heavy duty machines such as washers and dryers to the kitchen appliances, a power inverter will do the trick.

A power inverter will allow you to access portable power where you need it and when you need it.

And thanks to the versatility of the power inverters, you can use it or a myriad of applications including:

Emergency backup- In the event of a power outage, you can hook your inverter to your car battery, and this can be used to run the essential appliances such as refrigerators and heating systems.

Camping- If you are out in the field, and still want to stay connected, or watch your favorite TV episode, you can connect the power inverter to the RV batteries or even a generator, and this will ensure you have a consistent power connection.

Mobile vehicle- Whether you have a truck or vehicle, an inverter will allow you to connect your laptop, run your air conditioner, or even your mini-fridge without a hassle.

Why You Should Get a Power Inverter

Whether at home, in the office, or the outdoors, a power inverter will never allow you to run low on electricity.

And since electronic devices have become an integral part of our lives, and every moment without these devices seems complex, having a power inverter is of the essence.

Power inverters will guarantee a safe, secure, and easy way of keeping all your electrical processes running smoothly.

How to Determine the Size of your Power Inverter?

RV Inverter Install: Four Different DIY Methods To Get Off The Grid

How to Install a Power inverter in a Camper?