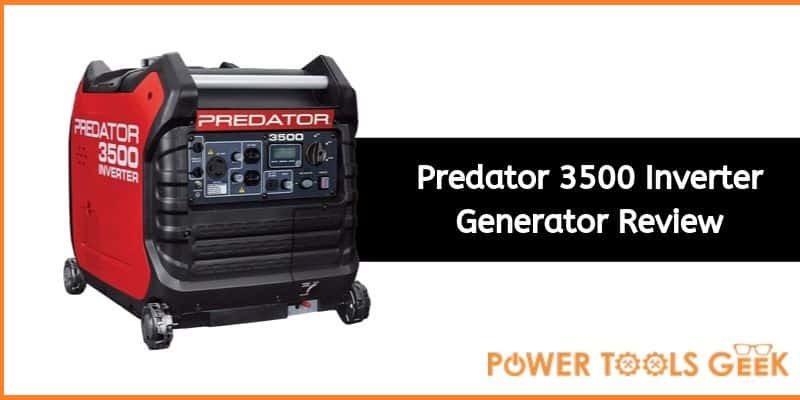 Predator 3500 Inverter Generator Review: Is it Ideal for RV’s?

Almost every modern household has a generator. And if you run a business or service, having a generator is more important than ever.

A generator will cater to your power needs in case of a power outage and more importantly, provide you with the peace of mind in knowing that you will always be powered, whatever circumstances.

If you know anything about generators, you are already aware of the predator series, or at least, you have heard about these generators.

And today, we shall be looking at one of its models the Predator 3500. 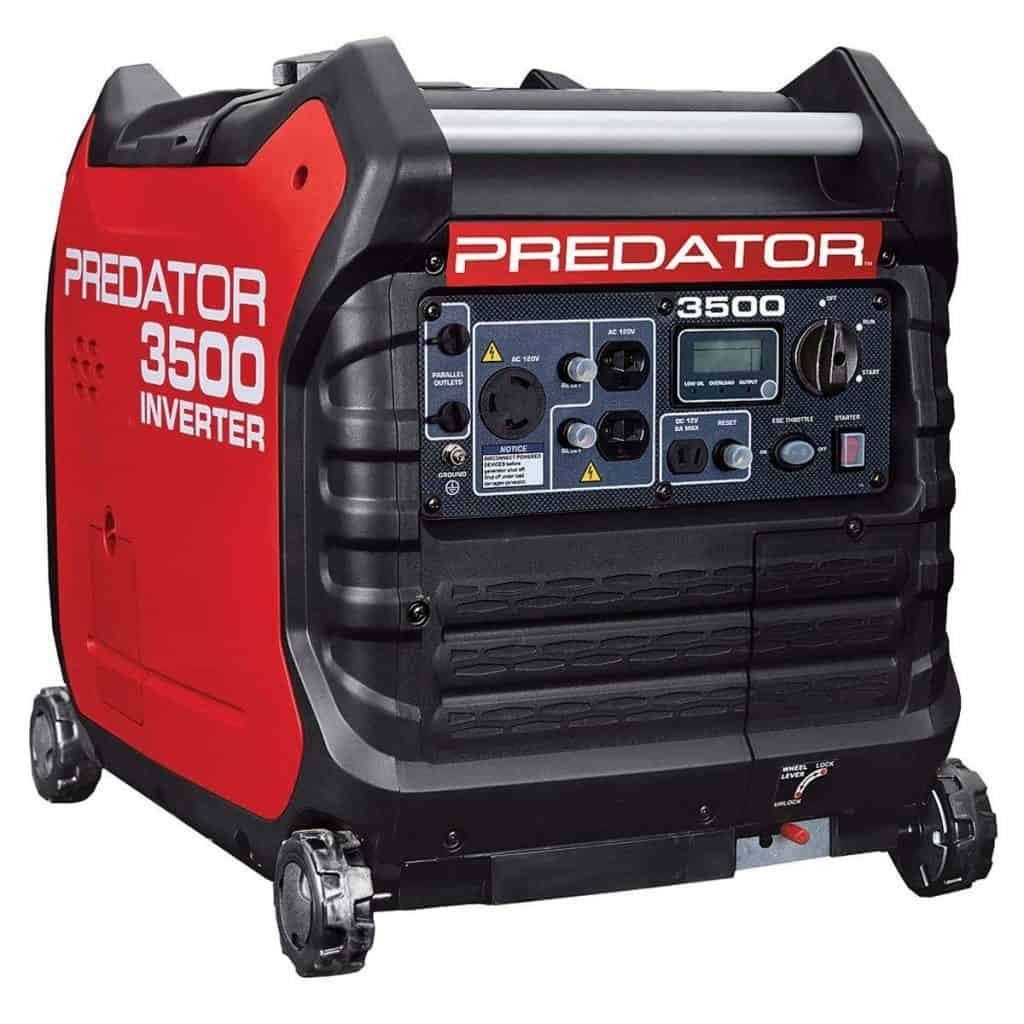 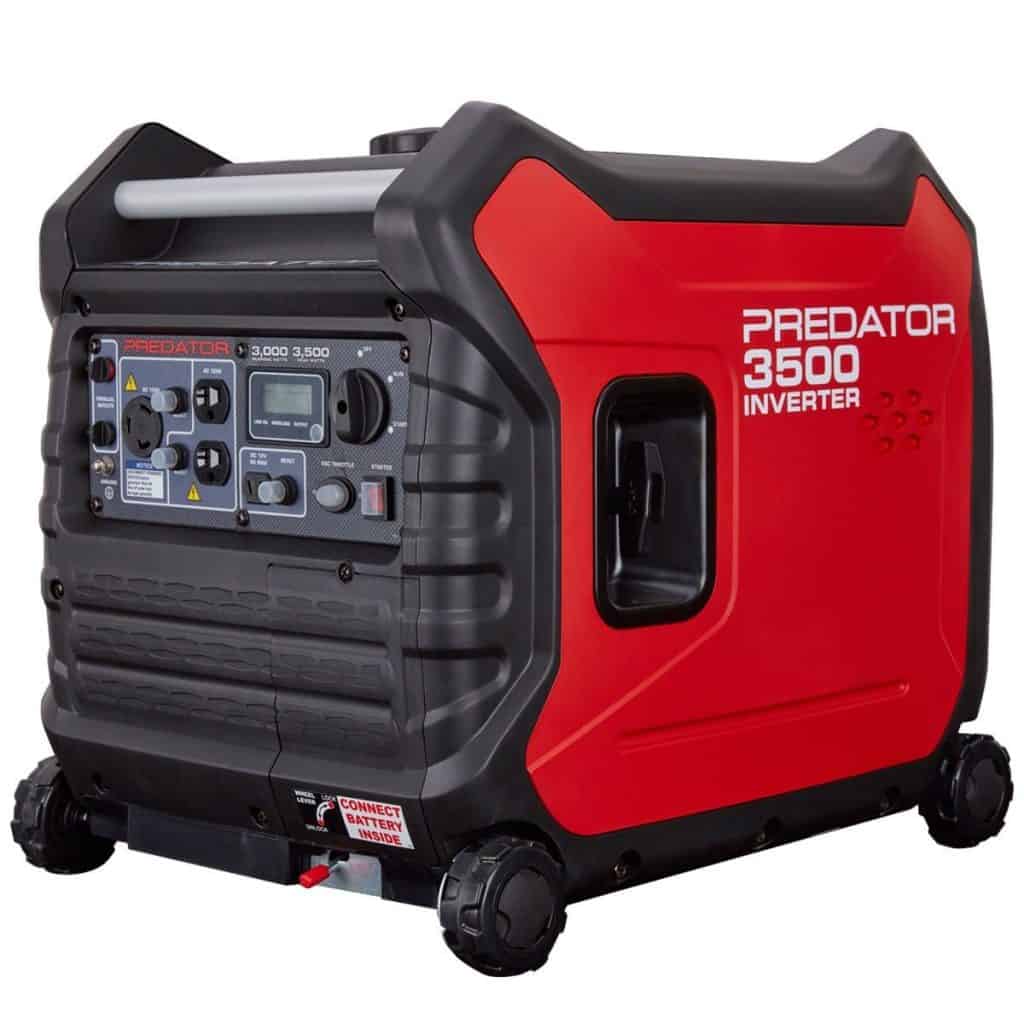 Predator 3500 is a generator from the Predator series. It’s a step up from the predator 2000 we reviewed earlier on, and a predecessor to the Predator 4000, which we shall review later.

Like all the Predator models, the Predator 3500 is a super quiet model that offers durability and portability of the smaller models.

Designed to last, this unit will provide a huge array of power charging solutions while maintaining optimal performance.

The Predator 3500 is also known as the Super Quiet Inverter Generator, and it's for a reason. This unit is synonymous with quietness; for such powerful generator, you might think it noisy, but when running, it's barely audible. It the perfect choice for use at campgrounds, as it will not upset your neighbors.

Under the hood of the Predator 3500, we have a robust 212 cc air-cooled OHV gas cooled engine.

Unlike the regular engines, the air-cooled engine on the Predator 3500 is fuel efficient, affordable and will require less engine space. More importantly, the availability of fins in this engines helps to dissipate the heat of combustion, meaning the Predator engine will not overheat, consequently requiring less maintenance.

The 212 cc engine on the Predator generates a maximum of 300 continuous running watts with peak/surge watts of 35000.

Now, if you are wondering what appliances this unit can run, you will be surprised by the huge list of home appliances that can be powered by this generator.

Basically, a 3000-watt generator has sufficient power to run your RV’s AC unit as well as keep your fridge and lights on.

This unit will similarly run heavy-duty appliances such as freezers, electric furnaces, microwaves, and even TVs.

In general, appliances will require a higher wattage when starting, but their wattage requirement will drop once they start running. The extra 500 watts on this unit allows for appliances requiring extra power to start up. This prevents overloading your generator, and you will no longer have to worry about things cutting out.

Predator 3500 runs on unleaded gasoline, which is excellent at offering good fuel efficiency. When talking about the actual fuel efficiency metrics, the Predator 3500 comes with a 2.6-gallon fuel capacity tank, and when full, you are set for up to 11 hours running time at a 25% load.

With a low fuel consumption alongside high-level fuel efficiency, the Predator will more than fulfill your power needs.

The absence of a fuel gauge on the Predator is quite a bummer, especially for the first time users. The good news, however, it comes with a low oil shutoff feature, and once you are running it, you will soon realize you don't really need a fuel gauge.

You have probably heard of horror stories with generators where users fried their electronics while using generator electricity.

What they failed to mention was the type of generator at use.

See, we have different types of generators, each suited for a particular task.

Inverter generators, for instance, provide a clean power curve, as opposed to the conventional generator which produces "dirty" electricity.

The inverter technology on the Predator 3500 stabilizes and smoothens the energy from the generator, and this makes the output ideal for use on sensitive electronics such as laptops, and smartphones.

With this unit, therefore, you will no longer have to get worried about short-circuiting your precious devices.

For a 3500-watt rate generator, 57 decibels is quite a bargain. Surprisingly, the Predator 3500 watts is more silent than its step down the Predator 2000, which is rated at 61 decibels.

If you are going to run this unit at full load, it's going to be a tad louder, but it's far much quieter than most of its competitors.

If you like going off the grid to enjoy the great outdoors, the Predator 3500 will not detract from the tranquility of Mother Nature. Of course, I will hear it, it's there, but it's by no mean annoying, and I can certainly have a conversation with someone without raising my voice.

It’s also worthy to note that 60 decibels are equivalent to background music or the normal conversation, and so at 57 dB, you can barely notice this generator.

Featuring a modest weight of 115 pounds with a full tank, the Predator 35000 is lighter than the average 150 pounds’ medium-sized inverter generator.

Weight aside, this unit is compact and highly portable. Portability on this unit is further bolstered by the presence of Integrated smooth-rolling casters, and built-in carry handles. However, the wheels are quite small and relatively useless unless you are on a smooth and even terrain.

However, if maneuverability is of the essence to you, you will not have an issue spending a little extra to upgrade the wheels.

The Predator 3500 promises to surpass all your expectations, and that is what it does exactly. This unit will handle all your power needs and at the same, it, will not generate much noise even at full load.

Nonetheless, for powerful and premium product like this one, it lacks some simple yet convenient features such as the fuel gauge or a remote start. Sure, the absence of these features are not going to affect the performance of the generator, but they are what makes a generator really superior.

I have a Preditor 3500/4000 generator, need to know if it has A FLOATING NEUTRAL OR A BONDED NEUTRAL