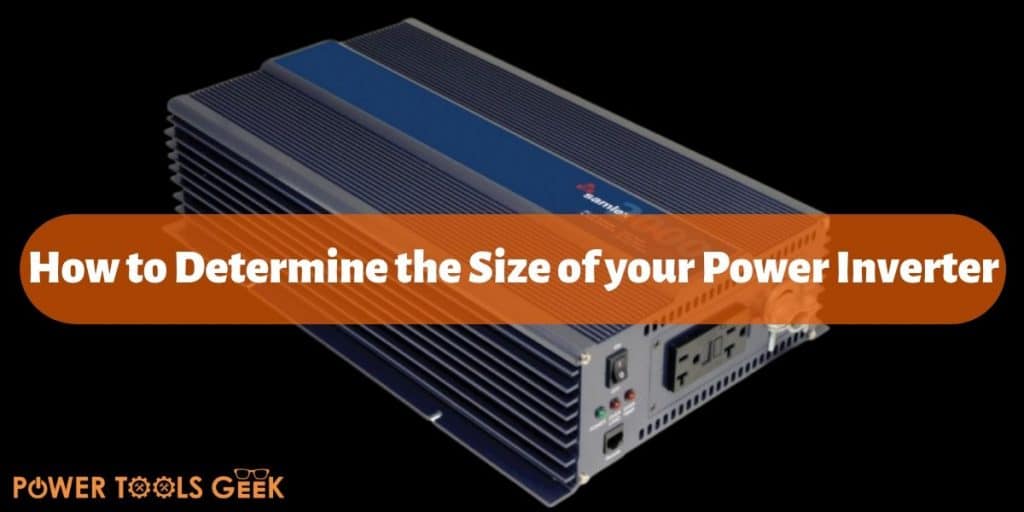 How to Determine the Size of your Power Inverter?

The amount of power generated by power inverters is primarily what is used when sizing them.

So, when picking an ideal power inverter for your powering needs, you would want to pick one that will adequately provide sufficient power to all your appliances.

Why is that so?

Pick a wrong-sized inverter, and you either have a gadget that will underperform or an expensive one that will drain your battery dry.

Before we look at how to size an inverter, understand that power inverters have ratings for both continuous watts as well as peak/surge watts. 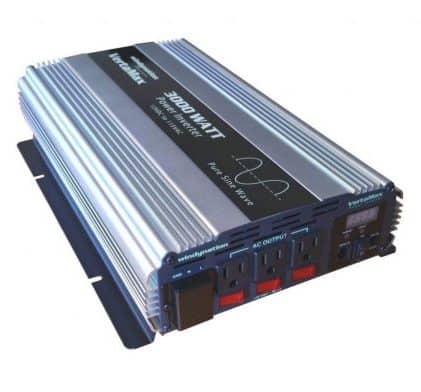 As the name suggests, continuous wattage, also known as running wattage is the amount that any power equipment can supply on a continuous or on a steady basis.

This is the energy than an appliance; for instance, a refrigerator pulls after it takes for the motor to start up or what keeps the microwave running.

Typically, the continuous output is what is usually listed in an inverter. For example, if you get an inverter listed as 1000, it means that it can output give or take 1000 watts.

Surge watts also referred to peak watts is the complete opposite of the continuous wattage we had highlighted above, and it refers to the maximum output that power equipment can generate at a given time.

Typically, surge wattage is manifested when power equipment is starting and, it's experienced or a short period.

In most cases, surge wattage is relatively higher than the continuous wattage because it takes much energy to start an appliance to run it.

Surge wattage is commonplace in appliances with electric motors or compressors such as pumps, air conditioners, compressors, refrigerators, and freezers.

Now that we know the wattage rating of inverter generators, how do you figure out the size of inverter you need?

Determining the Size of your Inverter

The first step towards finding the right inverter for your needs is to list all the electrical devices you intend to power.

If, for instance, you are looking for an inverter for your semi-truck, you can include a laptop, a mini-fridge, microwave, heater bed, entertainment system, and an air conditioner.

After listing all your appliances, the next and most crucial step is to note the power ratings of the individual appliances.

Add Up the Wattage

The final step is to add up the wattage rating of all the electrical appliances that you think you would use simultaneously.

Ideally, you should add up the surge wattage rating of all your appliances, as opposed to adding the continuous wattage.

Let’s Look at An Example

Assuming you need a power inverter for your household needs, here is a list of items that you might probably need to power, alongside their power rating.

Like all machines, power inverters are not 100% efficient, and this is to mean that the power output supplied by the load is not the same output that reaches the load. In such a case, a 5,550w rated inverter would seem like the most inspired choice to handle the above task.

In reality, however, inverters, like any other electrical appliance, will consume some of the power that flows from the battery when performing its task. Now, this is to mean that the battery will require to generate a higher output to cater to both the inverter as well as the load.

Assuming your inverter has an efficiency rating of 80%, and your battery generates 1000W, it means that only 800W of the power reach the load or rather your appliance since 20% will be consumed by the inverter.

Generally, most of the inverters have an efficiency falling within in 80%-90%, and therefore, we always recommend that you choose an inverter that is rated at least 20% more than your appliance will draw.

In our case, it means that you should find an inverter rated for:

While you are certainly not going to run all the above appliances simultaneously, you might want to.

To keep you on the safe side and prevent any overloading, it's necessary that you get proactive regarding the inverter size you purchase. Here, you can choose a larger inverter, say, a 7,000-watt inverter to cushion you.

Why Not Get the Biggest Power Inverter?

Often, many household owners are tempted to go big with their inverters. While this seems like a brilliant idea, it’s not always the case.

Firstly, it's a matter of efficiency. The big inverters tend to be less efficient than the small inverters and will consume more power when they’re in an idle state.

Assume you are boondocking off-grid, where power is of the essence, and every Ah of battery power counts, a big inverter will serve you no good.

Cost is another reason not to go for the big inverters. Inverters quickly jump in price as they grow big, and if you are consuming, say 2000w of power, it would be a waste of money to go for a 5000w inverter.

Finally, it also possible that you get an inverter that is too big to run your appliances realistically. For large inverters, you might need to use a huge battery bank, lots of batteries and thick cables. Collectively, all these items are expensive and difficult to work with and will consume a lot of space, which might make it challenging to use them where space is of the essence such as in a campervan or RV.

Understand the Size of Your Electrical System

Remember a complete inverter set up is two-way traffic, with the inverter forming a part of the equation.

Therefore, when choosing an inverter, it’s also necessary to ensure that your battery can handle the load.

RV Inverter Install: Four Different DIY Methods To Get Off The Grid

What is a Power Inverter, and How Does It Work?

How to Install a Power inverter in a Camper?