How Does an Electric Generator Work?

When there’s a power outage, generators are often used as the go-to solution for supplying backup power to a majority of the households.

Like the conventional power grid, these generators will provide energy, more or less to what you usually get on the wall output.

I’mprobablyguessing you are wondering how these electrical devices work, right?

Well, in this article, we shall explore the mechanism of energy production on these units, with a special interest to the electrical generators.

What are Electrical Generators?

As their name suggests, electrical generators are machines used for creating power, which can later be used as electricity.

The Electric Generator: Why?

Now, you might be wondering about the increased concern on electricity generation.

Well, for starters, if you are anything like me, you know very well that you can’t do without energy, more particularly electricity.

The second reason, why I believe is the crux of the matter is while humankind can store other forms of fuel such as fossil fuel, there is no good way for storing large amounts of electricity.

In any case, humankind’s best attempt to store electricity within reach is through batteries. While batteries are increasingly growing even more potent with the advancement in technology, their capacity is quite limited as they cannot sustain large power requirements.

Therefore, with inadequacy or lack of knowledge on how to store electricity, learning how to generate electricity is of the essence. 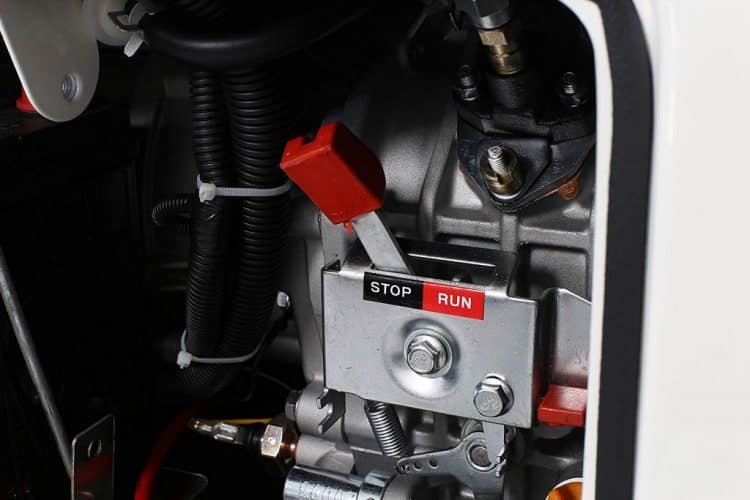 How Do These Electrical Generators Produce Electricity?

The very basic principle behind even the most complicated electricity is based on Michael Faraday's law of electromagnetic induction.

According to this principle, when a conductor moves in a magnetic field, there is a creation of electrical charges and their direction of flow results to the creation of a flow of current.

According to Faraday, when a magnet is moved inside a coil of wire, it generates electrons, which flow inside the wire, and this is what we call an electric current.

Therefore, based on the information above, we would be right to define an electrical generator, at its most basic, as nothing but an electromagnet that converts energy, regardless of its source (coal, hydro or wind power) to electrical energy.

To paint a rough picture of how electricity is generated, we shall provide you with a simplified analogy.

An electrical generator works like a pump pushing water through a pipe. Only now, instead of your generator pushing water, it uses magnets to push electrons.

In an electrical circuit, the total number of electrons in motion are referred to as amperage, while the driving force or pressure is called voltage.

While the above explanation and analogy of how electrical generators work is slightly oversimplified, it will help in painting a picture of the entire mechanism in a generator.

4 Integral Components of an Electrical Generator from a Mechanical Perspective

To get electricity rolling out, there are integral parts that make this happen. These parts include:

Stator: This is a fixed metallic armor, integrating a variety of elements such as coils, housings, the core, the terminal box, and a star connection system.

Rotor: This is the moving part that rotates inside the stator. The rotor houses the electromagnet, composing of field coils fixed on top of an iron core, and powered by a small electric current.

Alternator: This is where the conversion of energy takes place. Also known as "genhead," this crucial part has both stationary and moving parts that work collectively to create an electromagnetic field and movement of electrons that will generate electricity.

Voltage regulator: As its name suggests, this unit will help in controlling the voltage of electricity produced and plays a role in converting the electrical energy from DC to AC, if needed.

At the very basic, all generators, regardless of their types or name, work through magnetic induction to produce electricity.

* How to Make a Generator Quieter?